The Rationality spoke with.a firm and annoyed voice. Although it was a normal working day, her desk up on the antepenultimate floor was still full of practices to deal with. Moods and emotions were always making her lose an huge amount of time, and the worst thing was that there was no way of getting rid of them.

Replied the Doubt, with his ancient and floating voice.

“We should be almost there…but you never know for sure down here, right?”

The tiny corridor obliged them to walk in a line, the Doubt first, his wizen nose popping out the hood and slicing the lazy light coming from the neons in the ceiling. On the side walls, a myriad of small white doors lied locked and silent. The Rationality looked at them, reassured by the silence. She tried not to think about the cacophony of cries, laughters, screams, songs and curses that were actually happening behind these doors. The soundproofing system was working perfectly, and that was enough for her.

She almost crashed into the Doubt, who suddenly stopped at a door, this one wide open, revealing a tiny empty room, the white ceramic walls covered by countless squirts of blood, both random and organized in complex images and phrases.

The Rationality carefully looked at them, one by one, while the Doubt started to enounce his report.

“Ambition. Here since some years…seven? Maybe ten. Sick. Unstable. Dangerous? They tried to restrain her with warnings and leashes, but she became only more aggressive. She had a violent argument with a comrade, and they decided to lock her up here. If this is an here. After all, this place doesn’t even exist, right?”

(He who ask timidly, teachs to reject)

“What was the argument?”

“Silly reasons. The Common sense was making fun of her. He said – If you were to make it, you would already have -, or something like that.”

“ She chew his throat off, and then she tried to rape him. He never fully recovered, poor guy.”

“How was she able to escape?”

“It’s not known? I certainly don’t know. It’s your duty, to hunt prisoners and anwers. My duty is to keep an eye on you. I hate my job.”

“Keep an eye on ME? You should have…”

The first wave hit them in a way that surpassed the physical faltering . It was a conceptual violence, it was like attending to something that can not happen. A subtle sensation of movement began to bite the sides of reality.

“Silence, sleep eater!” ,shouted the Rationality, “I don’t know how, but someone desecrated the temple. We have to go to the last floor, now!”

The second wave roared his satisfaction, while the two of them started running back in the corridor. The doors began to fell, while the prisoners started exiting the cells. A lost love, blind and naked, was dancing in the passage, blocking the way. The Rationality hit him with force in the stomach, making him collapse on the floor. Other bearded regrets were crawling outside, long and dirty fingernails anxious to dive into the eyes of some young hope. From behind, fears and awarenesses of every kind marched quickly toward an apathetic freedom. The Rationality and the Doubt fought together with fierceness, barely being able to escape the maze of the nightly whispers. They made their way to the painted stairs, which led them up to the last floor, while the shockwaves continued to flatter, always more stronger and rhythmic.

They found her there, tiptoing over the precipice, her eyes on where before were the doors of the temple, now open for the first time in a very long time. Outside, the unexplicable whirling of the External Sea was devouring himself, while he shouted his questions to the eternity, without even caring for possible answers.

“Look who we have here. The bastard son of Knowledge, and the spinster queen, cheater of the senses. A lovely little wind today, don’t you think? Perfect for a walk!”

Calm and sinuated, so it sounded the voice of Ambition. And for a moment, a long, intense moment loaded with eventuality, it really looked like that things were going to fit in togheter, in a satisfying ending.

The Ambition didn’t go for a walk. Her gracile figure didn’t vanish between the tides of the entrophy below, dragging the entire temple with her. The great doors began to close slowly, while the shockwaves diminuished by number and intensity. She turned and started walking back, passing through the Rationality and the Doubt without even looking at them.

Everything was motionless, again, like it was supposed to be. 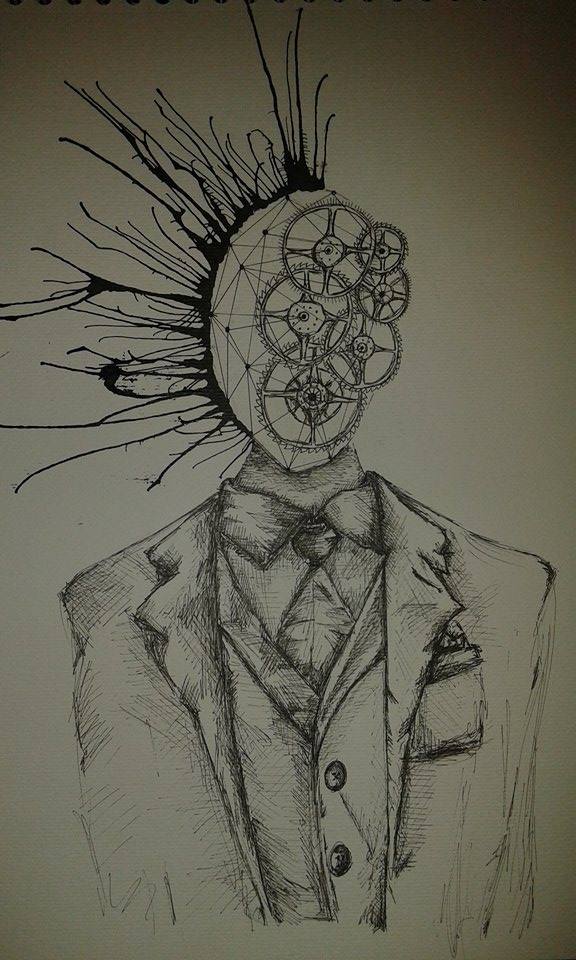